Last supper: what would you eat before the apocalypse? 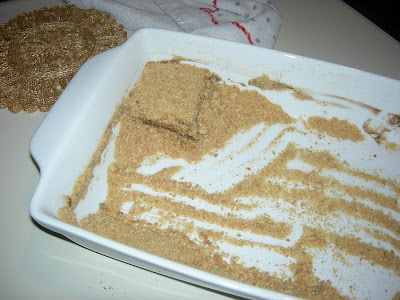 Today’s CRG (which, despite the blizzard, was waiting at my doorstep bright and early, secure inside a tied baggie to keep it dry; kudos to you, hearty carriers) includes this interesting and thought-provoking piece, which asks: What would you eat before the end of the world?

According to the Mayans, the world is supposed to end tomorrow. (And despite all the media coverage, the Mayan’s reasoning escapes me. It has something to do with their calendar ending, or something.) Do I think the world will end? No. I expect the sun to set Friday night and rise again Saturday morning, December 22. (Or is it supposed to end exactly on the solstice, which will take place sometime before 6:00 am tomorrow morning?) If it does end, though, I cannot say I will be too bummed. We all die at some point so why not go out in style with the apocalypse? It is a once-in-forever event and it would almost be an honor to experience it.

ANYWAY… The article made me wonder: What would I eat for my last meal? That is a tough one. It would be hard to pick one thing but here is my list of ideal menu options:

-My mom’s Mac & Cheese. No one can make Mac & Cheese like my mom (despite the fact she uses the Kraft version complete with ingredients and instructions).

-A whole vegan pita combo from Oasis. Complete with a pita stuffed with falafels, hummus, tomato and cucumber slices, and a separate tray of fries, it is my current favorite. I would add my customary dipping cups of tahini sauce and ketchup. (A fountain drink is included and I would, in a perfect world, wash it all down with Dr. Slice — which was discontinued in 2001.)

-A vegetarian burrito from Las Barcas in Huntington Beach. Or the jackfruit burrito from the former Pure Luck in Los Angeles.

-Toast with jam or butter. The bread would be New Pi’s Thorn Bay Granary and the jam would be Barb’s Garden and Pantry black raspberry. I am not too picky with butter. It could be margarine, even.

-Kuchen. Generally, “kuchen” is the German word for cake. But in my family, kuchen is synonymous with a specific kind of coffee cake called butterkuchen. It is pretty simple — relatively thin dough covered and baked with butter, sugar, and cinnamon — but has a special place in my heart.

-“Chocolate dessert.” It is a traditional Christmas dessert (which we always seem to make at the last minute on Christmas Eve) that is also pretty simple: chocolate cream between layers of graham cracker crumbs. Good stuff. Christmas is over when the last piece of chocolate dessert is gone.

-“Acapulco Hots.” It is basically queso dip with salsa.

-A couple landjägers, preferably from the Kalona Cheese Factory or the Amana meat market. At the end of the world I would allow myself to eat the only meat product I miss.

Frankly, though, I think I would lean toward an Oasis vegan pita combo. It would be hard as hell to pass up my mom’s Mac & Cheese, though.