I am a couple days behind on this post. Though I love taking pictures of all the crazy stuff at Sharpless (most of the pictures never find their way to these posts), I hate the process of having to edit them, load them onto Blogger, arrange them (because Blogger has a bad habit of placing the last picture uploaded at the top of the post), and pasting in my comments. It is a big hassle, but the results are hopefully worth it. 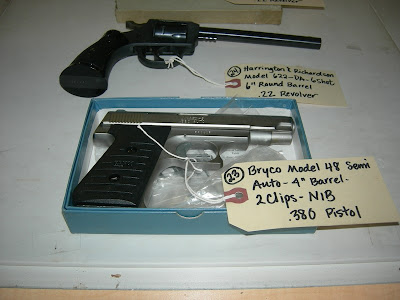 Sharpless was packin’ heat this week. Along with this .38 were a number of rifles and shotguns, some of which were pretty old. 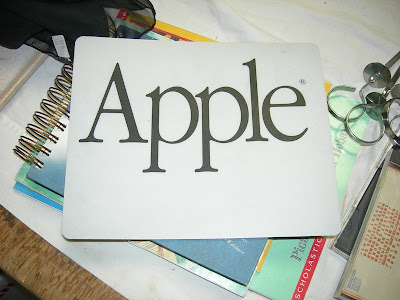 Old school Apple mouse pad, the same kind that came with our first family computer in 1993. 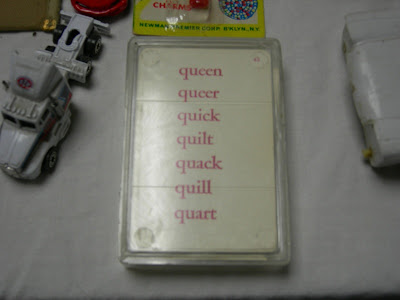 This is an awful picture, but the oddity of this phonics deck is still apparent. I highly doubt “queer” is used anymore. Also note that it is directly below “queen.” 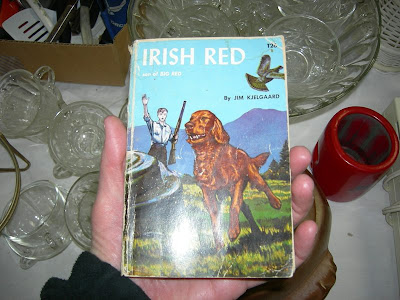 I have no clue why, but I thought the “Son of BIG RED” line was kind of funny. 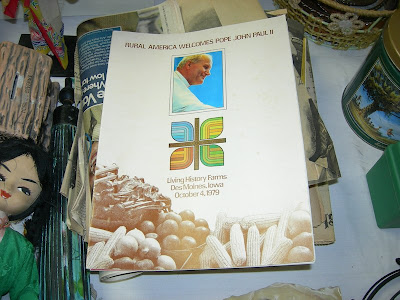 I assume this is a pretty rare item now. 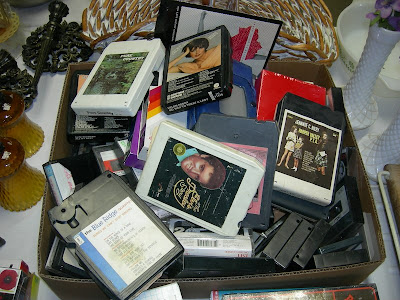 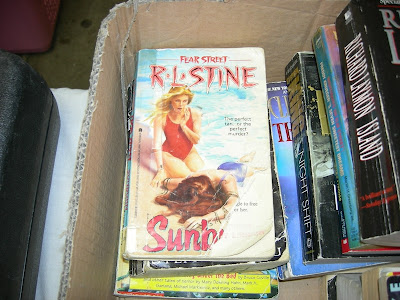 Looky what I found inside a box of mass market horror novels: Sunburn, a Fear Street book I do not have. Also in the box was a copy of Ski Weekend. 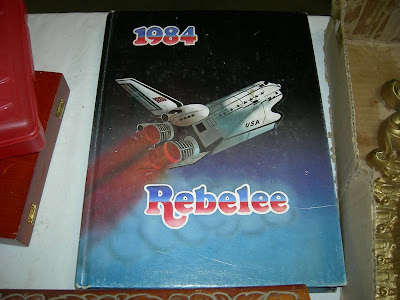 This takes the cake as the Sharpless gem of the week: three yearbooks — 1982, ’83, and ’84 — from Robert E. Lee High School in Midland, Texas. The only reason these caught my eye (besides the fact I am a sucker for yearbooks) is because “Midland Lee” is the arch rival of Odessa Permian; the rivalry was featured in Friday Night Lights. I took a couple pictures but decided to show the cover of the ’84 yearbook. Notice the “USA” on the space shuttle’s wing, but also the Confederate battle flag on the tail. Yeah. The ’82 cover featured a cartoonish, Confederate soldier and inside was a picture of the school sign wishing Robert E. Lee a happy 175th birthday. 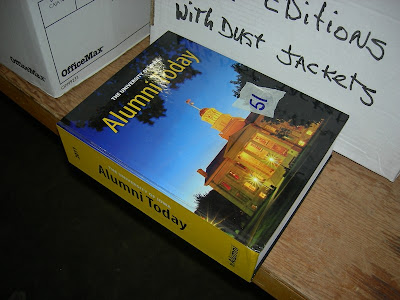 This was a big surprise: a complete directory of every member of the UI alumni association (of which I am not a member). Not only is it broken down by graduation year, it is also broken down by city of current residence. Bobblehead is in it.