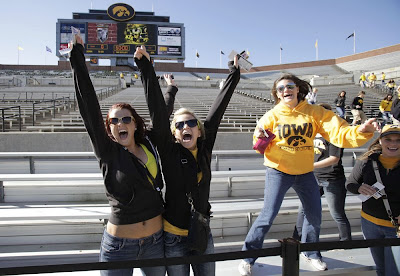 Yesterday was my first beer free day since last Thursday.

I drank my customary base lagers and BotW brew Friday night. On Saturday I tailgated for an hour and drank one of Saucy’s Bud Lights; after returning home to watch the game (there was no way I was paying $65 for scalp tickets) I drank a couple Peebers; as the night games were kicking off, I drank another PBR; then at 10 I started finishing off my beer of the weekend with the help of a few more base lagers. My Sunday dinner consisted of two Fat Tires at El Bandito and four 16-ounce PBRs at Chez Bobblehead. At Bobblehead’s Labor Day get-together, I drank the remaining two pounders from the PBR six-pack I bought the night before.

I don’t usually drink that much. Frankly, I don’t even like the thought of drinking that much. It is no secret I enjoy beer — the taste, the experience, the social lubrication — but its pleasure has a limitation, and I learned long ago that the consequences for crossing the line are not to my liking.

Just for the record, my usual weekend total is eight to 10 beers — four or five on Friday and Saturday nights. That’s all I need: I can enjoy all the exceptional qualities without having to deal with the negative aftereffects. Depending on the gravity and color of my BotW (darker beer, like stout, affects me more than lighter colored brews), I sometimes wake just a pinch hung over, but it is nothing I can’t cure with a glass of water and some toast. I can deal with it; minor dehydration and a little headache are acceptable repercussions. Puking and throbbing migraines are not.

Despite how much I drank, especially Sunday night (I was flat out drunk for the first time in a long while), I neither hurled nor woke with the kind of head pain that makes walking feel concussive. However, I’m sure thousands of others did this weekend.

Alcohol induced unconsciousness. Based on what I saw while tailgating, I bet it was the unspoken goal for many. The sidewalks and bike lanes along Melrose Avenue at 9 am Saturday were streams of drunks, mostly rambunctious UI students, who had probably been drinking for hours. After leaving scalpers row on the way home, I passed a chick who could barely walk. Her eyes were wide open and glazed over like donuts. She looked like a marionette with slackened strings. As she stumbled by, I heard her slowly slur, “I’m so dru…” It’s nothing I haven’t seen before, and it’s something I have never understood.

Drunken exuberance and absolute inebriation baffle me. I understand drinking a couple beers before the game for a little social lubrication, but not getting completely plowed. What the fuck is the use of that? Sure, you’re a part of the party and it’s all fun and games at first. But after your seventh or eighth beer (depending on the person) you really start feeling the booze. Your balance and hand-eye coordination start deteriorating, and your reactions and reflexes slow. It gets worse if you keep drinking, and given time you become a stumbling, bumbling joke off in your own world. Then you puke right before you pass out. Awesome.

When it comes to tailgating, even drinking three or four beers before the game becomes a problem for me. As well-hydrated as I am, I would rather be in the stands watching the game than in the can aiming at the urinal cake. After the final whistle I’ll need to visit a bush, and that is a big no-no this year with the pigs sniffing around every corner.

Maybe I’ve become an old fuddy-duddy, or perhaps I am just old and wise. Or maybe I’m being a beer snob and college football enthusiast. Whatever it is, I am going to enjoy not drinking until at least tomorrow.