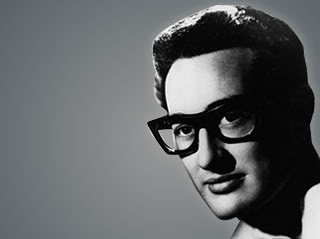 Today marks the 50th Anniversary of "The Day the Music Died."

Buddy Holly, Ritchie Valens, and J. P. "The Big Bopper" Richardson died on February 3, 1959 when the plane they charted crashed in a corn field five miles north of the Mason City, Iowa airport. Earlier that night, on the 2nd, they had played in the now infamous Surf Ballroom in Clear Lake. And somewhere Don McLean is reaping the benefits.